Windstream Wholesale is offering Managed Spectrum on its nationwide Intelligent Converged Optical Network (ICON). The company says that the platform provides customers with the advantages of a dark fiber network without some of the extra work typically involved with dark fiber.

The new service consists of a dedicated block of photonic capacity that is measured in Gigahertz. Customers “procure, install, maintain and monitor the service layer equipment.” Windstream says that this provides the scalability of a conventional dark fiber offering without the operational overhead that comes with building, managing and maintaining a network.

The Intelligent Converged Optical Network (ICON) platform has been a big focus for Windstream.

In March 2021, Windstream Wholesale and Colt Technology Services “solidified” their partnership and announced what they said was a successful trial of an optical spectrum solution in which Colt leveraged the Windstream Flex grid on line system to build a 600G wavelength between Chicago and Ashburn.

In today’s announcement, Windstream said that Colt purchased three routes from Windstream Wholesale. They are Chicago to New York City; Secaucus, NJ to Ashburn, VA and Ashburn to Chicago.

In June, Windstream Wholesale made its 400G ICON network available across the country.

The company’s 400 Gbps routes announced at that time were:

Windstream Wholesale said that four other routes would become available during the second half of the year. They are: 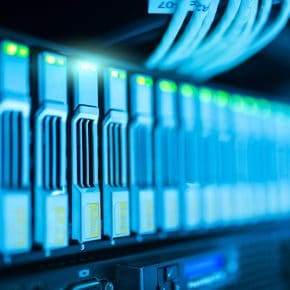