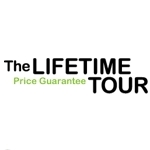 We noted Windstream’s Lifetime Price Guarantee launch back in late summer 2009. Apparently, they plan to double down on the Price for Life approach with the launch of a new campaign, the Lifetime Guarantee Tour.

They are embarking on a 16 state tour, utilizing their vintage ‘green truck.’ They’ve also launched a new Lifetime Price Guarantee microsite. “Windstream is sending three identical truck tours to communities in the 16 states it provides residential services to attend fairs, festivals and other community events in addition to hosting family-friendly gatherings with free food, an oversized Plinko game and prizes,” Windstream revealed in a press release.

The campaign includes the integration of ‘Plinko,’ a live and online version of an old fashioned arcade game. They are also offering free lifetime service for phone and broadband contests, as well as other social media tie-ins.

Price for Life campaigns have been launched by other carriers as well, including TDS, Cincinnati Bell, Comcast, and Verizon. Critics argue these campaigns don’t deliver any real value, since regular pricing promotions may get you the same or better deals.

But of course that’s not the point. The idea is to create some marketing buzz around the perceived value of a locked in low price, especially in the face of cable competitors who are perceived to regularly raise pricing.