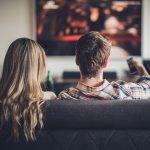 U.S. video spending could see declines for the first time in 30 years, beginning with 2020, according to a new research note from financial analysts at MoffettNathanson. The analysts expect to see a 5% dip in 2020 because of the COVID-19 pandemic, to be followed by a slight .4% average annual decline over the next five years. In comparison, the period 2014-2019 saw a 2% average annual growth rate.

What happened in the music industry should serve as a cautionary tale for the video industry, the researchers say. The music industry saw revenues decline by an average of 3% per year for over 16 years, driven by several factors – including unbundling, which enabled people to purchase individual songs rather than entire albums, and the rise of streaming music services that reduced consumers’ desire to buy music content.

The video industry also is seeing big changes, which like changes in the music industry, are driven by technology. The researchers see subscription video on demand (SVOD) driving overall spending declines, and although they don’t expect the impact to be as severe as it was in the music industry, they see it painting a “deflationary picture in video consumer spending.”

Broadband providers could benefit from the video deflationary trend, however, as the researchers see money that might have been spent on video being shifted, instead, to the customer’s internet connection.

“We believe a shift in budgets from video entertainment to internet access supports our longer-term forecasts for stronger annual residential high-speed data revenue growth of around 8%,” the authors wrote.

All told, consumer video spending will decline $3 billion from $141 billion to $138 billion by 2024, according to MoffettNathanson. The researchers don’t foresee spending on content creation declining, however, because OTT video offerings will need compelling content to attract subscribers – and that will lead to tighter margins.

Some broadband providers, particularly AT&T, have increasingly become involved in the content side of the business in recent years, which if MoffettNathanson’s analysis is correct, raises the question—will broadband gains be sufficient to offset slight declines in video spending and narrower video margins?