Home » Will the Real FTTH Please Stand Up

They say imitation is the best form of flattery. Verizon must really be flattered. It seems cable companies can’t get enough of suggesting they too have FTTH networks, which are better than FiOS. Of course we all know that assertion is false (them having FTTH networks, that is). But I guess in the world of telecompetition, a little false here, a little false there, who is going to know the difference. I live in the Washington D.C. metro area, and Comcast has been running a series of ads, suggesting their “fiber network” is the biggest and best going, even mocking some poor glowing “FiOS character” as insufficient compared to them. BroadbandReports.com has a post discussing Time Warner Cable’s latest efforts at confusing customers about FTTH and FiOS – efforts which have landed them in court after being sued by Verizon for false and misleading advertising. To be fair, telcos have done their fair share of bashing cable’s product as inferior. With all this competitor bashing going on, you’d think these folks are running for president, not trying to market triple play bundles.

This can’t be good for anyone. Confusing the public will ultimately come back to haunt you. It may get you some short term bounce, but last time I checked, deceiving customers has never resulted in sustainable long term gains. The average consumer is already somewhat distrustful of local cable and telecom providers (with the exception of maybe rural independent telcos). These latest marketing stunts aren’t going to help reverse this legacy. All involved should stick to the truth (the speed comparison marketing that positions DSL as slow, compared to cable modem is fair game). Telecom, cable, and DBS all have respectable access platforms, which all contain strengths and weaknesses. They’re all strong enough to stand on their own. There shouldn’t be a need to mislead. 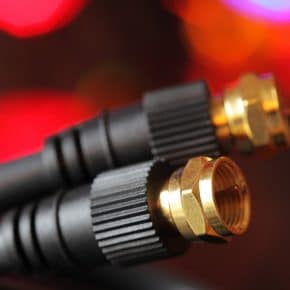 Cable Broadband Has a Target on Its Back, and Verizon and T-Mobile are Taking Aim

2 thoughts on “Will the Real FTTH Please Stand Up”