Home » Will Comcast-NBCU Be Too Powerful? 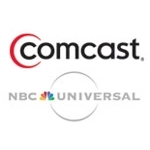 Should Comcast be successful in its bid to buy NBC Universal, it may be too powerful say some detractors, including smaller cable companies. Comcast already controls significant content properties, including several regional sports networks. Adding NBCU’s content empire will catapult Comcast into one of the most powerful purveyors of content, not to mention, the largest distributor of content. Many fear it’s a dangerous combination.

“The rumored Comcast-NBC Universal merger would hugely expand Comcast’s control over ‘must have’ cable programming and add a broadcast network to its empire. Existing program access rules, even as expanded by arbitration conditions imposed in prior mergers, have been largely ineffective in controlling the discriminatory impact of Comcast’s existing vertical integration of content and distribution,” Richard Ramlall, senior vice president of strategic & external affairs & programming for RCN, is quoted as saying in the Washington Post’s Post Tech blog. RCN is a regional cable MSO and overbuilder, with properties along the east coast.

Part of the reason why Comcast is trying to buy NBCU is to gain control over significant content assets and diversify beyond its core distribution business. In so doing, Comcast will play a major role in deciding how content is distributed and who profits from it, both with traditional and online methods.

But a contrarian view says mergers of this size and scale rarely work as planned. After all Time Warner until very recently had a similar scope with its vast Time Warner content holdings and Time Warner Cable, the nation’s second largest MSO, all under one roof.  Given Time Warner just spun off Time Warner Cable, one could conclude having both content and distribution may not yield as much benefit and power as many believe. Stay tuned.

One thought on “Will Comcast-NBCU Be Too Powerful?”