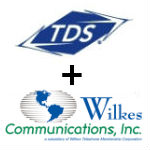 Wilkes Communications sees an opportunity to offer a suite of security and business voice services to customers in the TDS markets and, eventually to upgrade TDS’s DSL infrastructure to support gigabit service, said Wilkes Communications CEO Eric Cramer in an email to Telecompetitor.  Although Wilkes hasn’t made a lot of fanfare about it, the company already offers gigabit service in its home territory.

Wilkes’ security and business service offerings are sold outside its home turf under the name “RiverStreet” and according to Cramer, “”We have seen some rapid growth and increasing opportunity in this area.”

The RiverStreet Networks offering currently relies in large part on incumbent carriers’ network infrastructure. “We currently resell other incumbents’ broadband lines as well as SIP trunks to repackage the existing services,” wrote Cramer. He added that “we are also expanding our fiber network to businesses and anchor institutions.”

The Wilkes Communications/ TDS Deal
In the TDS territories, Wilkes initially plans to shorten the current copper loop lengths, then “upgrade and rebuild the core backbone transport” and finally build out an FTTH network to support broadband service at speeds up to 1 Gbps, along with IPTV, Cramer said.

The TDS lines may not be Wilkes Communications’ only telco purchase. According to Cramer, “we are actively looking to increase our scale by evaluating opportunities that fall in line with our strategic mission and overall vision of growth.” In addition, the company is expanding its wireline CLEC footprint in North Carolina, he said.

The RiverStreet security offerings include personal emergency systems, burglar alarms, video surveillance and home automation. The company currently uses a third-party central monitoring station but Cramer said Wilkes is “looking at the potential to bring that in house among several other services we currently outsource when it may make sense for us to do so.”

The Wilkes Communications/ TDS deal is expected to close within 90 days.