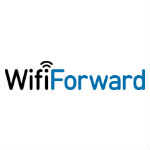 A new coalition is lobbying D.C. policy makers to open unlicensed spectrum for Wi-Fi and other uses as a means of boosting economic growth, creating jobs and spurring innovation nationwide. With members including the American Library Association, Best Buy, the ARRIS Group, Comcast the Consumer Electronics Association (CEA), the International Association of Venue Managers, Microsoft and Time Warner Cable, a WifiForward study found that unlicensed spectrum generated $222 billion in overall value to the U.S. economy in 2013 and contributed $6.7 billion to U.S. GDP.

More Internet traffic is carried over Wi-Fi than any other network media, the coalition says. Wi-Fi runs on unlicensed spectrum that anyone can use as long as they follow FCC rules. Supporting WifiForward’s contention that Wi-Fi networks are at risk of overloading, the number of states in which 90% of data traffic is being offloaded to Wi-Fi networks rose 875%, to 39, in 2013.

“There are upcoming opportunities for the FCC to make more of this vital resource available: in an auction of TV spectrum, in a proceeding to open the 3.5 GHz spectrum for wireless broadband, and in an ongoing proceeding in the 5 GHz band,” WifiForward highlights.

In the months ahead, the coalition intends to muster support along three lines: to protect and strengthen existing unlicensed spectrum designations; to free up spectrum for unlicensed use at a variety of frequencies, including low, medium, and high frequency bands; and to establish investment-friendly, transparent and predictable unlicensed rules that encourage growth and deployment.