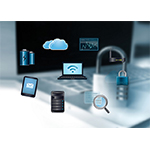 The majority of WiFi users (89%) use public WiFi, even though many of them (91%) don’t feel that public WiFi is secure, according to a WiFi security survey conducted by WiFi vendor Xirrus. The survey also found a relatively low level of familiarity with ransomware, which according to Morgan Wright, a senior fellow at The Center for Digital Government, is likely to increase.

Nearly 30% of respondents to the Xirrus study (29%) were unfamiliar with ransomware – a lower level of familiarity than researchers found for phishing, snooping, malvertising and phone scams.

More often than not, individuals and organizations pay the ransom requested by attackers, according to Xirrus, which also cited a Symantec March 2016 study that found that the average ransom demanded rose to $679 from $294 at the end of 2015.

The incidence of ransomware was double the normal rate in March 2016. Symantec estimated the infection numbers at 56,000 for that month.

“As ransomware gets more sophisticated, the number of victims and methods of attacks will only increase,” said Wright, who worked with Xirrus on the research.  “Businesses not only have a corporate responsibility to educate their users of the risks associated with connecting to public WiFi, but also to give them the necessary tools to avoid attack.”

WiFi Security Survey
Other key findings of the Xirrus WiFi security survey include: