Home » What Exactly is Unserved? 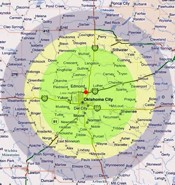 It’s an important question – the answer can be measured in billions, literally. As the rules for the broadband stimulus plan get written, the concept of ‘unserved’ is receiving increased scrutiny. What’s certain is that unserved territory, however it ends up being defined, will be a key determining factor in where a significant portion of the allocated $7.2 billion broadband stimulus money gets directed.

On the surface unserved seems like a pretty simple concept – an area with no broadband service. But not so fast – like many key policy issues in telecom, unserved means different things to different people. “If there is no wireless broadband in a given area, we consider that area unserved,” said Carolyn Brandon, Vice President of Policy at CTIA, on a panel at the recent Implementing the Broadband Stimulus workshop. We suspect that a wireline company with broadband facilities in that same territory would care to differ. Another key factor in determining unserved is the lack of actual broadband availability data to the scale necessary to determine unserved versus underserved. For example, will zip codes determine who is unserved? Zip codes are definitely an inexact science in the context of broadband availability. Zip codes can be vast areas, particularly in the rural western part of the country, where certain territories within a zip code may have multiple broadband providers, while adjoining territory within that same zip code may have no broadband availability at all. The same can be said for ‘study areas’ of rural telecom carriers. It’s a perplexing problem with huge financial implications.

Whatever the final definition, it appears that unserved will have a definite priority over underserved. Service providers who are interested in participating in the broadband stimulus program should start lining up and documenting their targeted unserved territory. While the stimulus plan has its critics, it does present a real opportunity for interested carriers to lay claim to unserved territory, fueling the expansion of their broadband footprints and enhancing their long term prospects.

USDA Official: States and Localities Need Skin in the Game for Rural Broadband to Succeed

4 thoughts on “What Exactly is Unserved?”