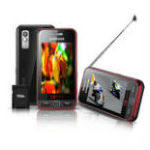 In-vehicle smartphone usage is on the rise in the U.S. and other countries and leading mobile platform providers including Apple and Google, are keen to cash in on the trend, according to just released market research from Wefi.

Offering additional insight as to growing use of mobile devices while driving, a market research report from mobile data analytics specialist wefi presents the results of an analysis of data “collected from over 70,000 devices driven over 3.5 million miles on six major interstates.”

Fastest Wireless Carriers on Roadways
According to “Smartphone Usage Trends on U.S. Highways,” T-Mobile is providing the fastest wireless Internet service on three U.S. interstate highways: I-495, I-95 and I-55.

Verizon Wireless’s wireless data connections were fastest on I-405 and I-110, while AT&T is providing the fastest wireless service on I-820.

Turning to the types of apps being used by drivers and passengers while traveling on the six U.S. interstate highways, Wefi concludes that “paper maps are merely a memory with navigation apps used for 80 percent of the driving.”

GoogleMaps was used most often while driving on the six U.S. interstates, but Waze users “remained inside the application for far longer periods of time.” Overall, Wefi found that drivers who used navigation apps kept them active for 80 percent of travel time on average.

Furthermore, just over one-third (34 percent) made use of music streaming apps. Pandora was the most popular, with nearly 35 percent using the popular music streaming service. GooglePlay was used by 15.6 percent.

“Understanding customer experience on-the-go is essential and we are able to offer analysis based on highly pinpointed location data,” Wefi Chairman and CEO Zur Feldman was quoted in the news release.

“Smartphones accompany us everyplace we go and they’ve fundamentally changed the driving experience. Wefi’s mobile data analytics are uniquely comprehensive in their ability to provide user experience intelligence. Our data offers a granular view of apps and mobile usage patterns, allowing us to unearth intriguing trends that underscore the impact of smartphones.”