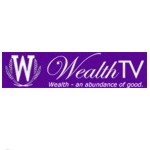 WealthTV, a cable channel that’s always looking for additional distribution outlets, is the first traditional U.S. based cable channel to offer their linear and VOD feeds to an OTT provider, Roku in this case. Roku sells an OTT set-top-box, with access to OTT providers like Netflix, Hulu, and Amazon VOD.

WealthTV is making their linear feed available for $2.99/month, providing a traditional cable/telco TV bypass opportunity. The move could be viewed as a true ‘a la carte’ programming development. Roku has sold over 1 million OTT set-top-boxes, and claims it’s served over one billion streams of content.

“We’ve received a large volume of consumer requests to expand our distribution to connected devices and this deployment will let us gauge the acceptability and viability of alternative distribution methods for our traditional cable feed,” said Robert Herring, Sr., founder and CEO of WealthTV in a press release.

It will be interesting to watch this play out. WealthTV isn’t exactly a mainstream cable channel. This move in no way threatens the pay-TV model. But it does provide for an interesting experiment, albeit in small scale, for the ‘a la carte’ argument. Stay tuned.