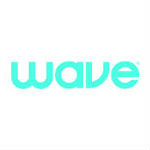 One network operator that is pursuing residential gigabit services quite broadly also has made relatively little fanfare about it. Wave Broadband began offering residential gigabit service in 2013 when it acquired CondoInternet, a broadband provider that specialized in bringing fiber to multi-dwelling units and to some single-family homes, said a Wave Broadband spokesman in an interview. CondoInternet had actually offered gigabit since 2008, the spokesman said.

Wave Broadband has acquired 17 other companies, including numerous network operators, since its founding in 2003 and also has been rolling out fiber to both business and residential locations – and where FTTP is available, the company increasingly is offering gigabit service, the spokesman said.

“We’ve grown through acquisition . . . and also through strong organic growth,” he said. “Any day we have dozens of construction projects up and down the West coast.”

Wave Broadband’s latest acquisition, announced last week, is National Voice & Data LLC dba ReallyFast.Net. ReallyFast.Net is a Seattle-based ISP serving residences and businesses in that market, including some gigabit customers. The spokesman noted that when Wave Broadband makes an acquisition, it generally retains employees and invests to expand the acquired company’s network.

Wave Broadband Gigabit
Wave/CondoInternet Broadband gigabit is available as a stand-alone offering for $80 a month or as part of a service bundle. According to the company spokesman, Wave Broadband doesn’t make a profit on its video offering. “We’re not in the content business,” he said. Customer bills show what Wave Broadband paid for content and content costs are simply passed on, he said,

Before building out gigabit service to an area, Wave gauges residents’ level of interest in a variety of ways, including online forums and community meetings. The company also offers people the option of providing information about their building so that Wave can get in touch with the building manager to let management know of residents’ interest.

The Wave spokesman declined to detail what percentage of the company’s business comes from residential and commercial markets.