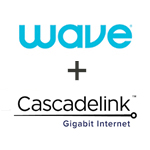 Wave Broadband’s acquisition spree continues with the addition of Cascadelink, a competing Internet Service Provider (ISP) that provides symmetrical gigabit services to residential and commercial customers in multi-unit buildings throughout the Seattle area. Terms and conditions of the Wave Cascadelink acquisition weren’t disclosed, and the transaction is effective immediately.

Cascadelink’s fiber network footprint spans more than than 100 apartments, condominiums and commercial office buildings in the Seattle area. Its 12 Seattle-based employees will have jobs at Wave.

“Since we founded Cascadelink 15 years ago, our priority has been to provide the best internet experience possible, with the unmatched scalability and reliability that a fiber network provides,” co-founder and CEO Chris Flugstad stated. “We are excited to join forces with Wave, as their resources enable us to grow faster together while staying true to this mission.”

“We plan to continue providing Cascadelink’s Seattle-area customers with the high levels of service they’ve come to expect while expanding our gigabit services to more business and residential customers throughout our three-state network.”

Management sees a smooth transition with no service interruptions as Cascadelink’s operations are merged with Wave’s. The companies’ pricing plans are compatible, and no immediate changes are planned, Wave says.

Wave has been providing gigabit Internet services to customers in the Seattle area since 2008. The Cascadelink acquisition is Wave’s 22nd since its founding in 2003.

Wave connects more than 50 data centers in California, Oregon and Washington. As of the Cascade acquisition, the company’s fiber network footprint stretched some 6,000-plus miles.

Both Wave and Zayo are intent on further expansion, which may make them attractive acquisition targets in their own right.