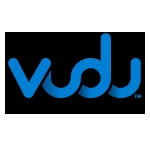 iPad users can now buy movies directly from VUDU without having to download a mobile app. A VUDU icon can be added to users’ home screens, providing one-click access to the site, which is offering a selection of more than 20,000 movies.

Playback on iPads is limited to SD (standard definition) quality, although customers can purchase HD or HDX resolution movies on their iPads and watch them in the higher definition formats on their TVs. HD and HDX movies purchased via other devices will also be accessible on customers’ iPads, but only in SD quality.

In addition, some studios, notably the Walt Disney Corp., have opted not to permit VUDU to deliver their content on the iPad. Disney films and those from other production/distribution companies that have chosen to exclude iPad distribution, can be purchased and watched via VUDU, just not on the iPad.

VUDU was acquired by Walmart in February last year, as the retailing giant looked to re-enter the OTT video market in order to make up for declining DVD sales and as a way to keep up with competitors, such as Best Buy, which has launched its own streaming video service, CinemaNow.