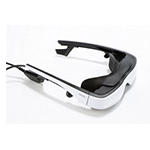 Virtual reality (VR) headsets were a focal point for holiday season shoppers as consumer electronics (CE) industry participants introduced a variety of new offerings. VR awareness has increased substantially, giving ReportLinker the chance to survey consumers regarding their experiences and perceptions of VR headsets and technology.

Approaching 1 in 3 U.S. respondents (31%) said they were “very familiar” with VR tech, nearly double the VR awareness level reported just last September. The percentage of those that said they had never heard of it dropped from 26 to 12 percent. 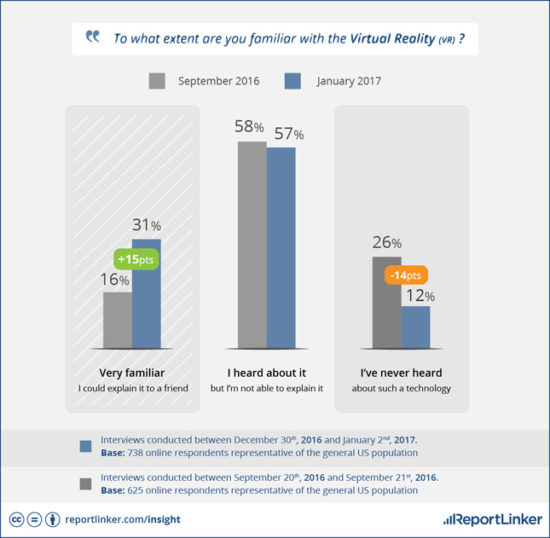 VR Headsets
Samsung benefited most from heightened VR awareness and availability among VR headset manufacturers. Three of 10 survey respondents mentioned the brand spontaneously. That compares to less than 10 percent who did so last September, ReportLinker highlights.

Furthermore, more than half mentioned Samsung Gear VR when it was suggested to them, substantially higher than the 31 percent who did so in September. Eleven percent mentioned Sony, down 2 points from September’s level.

More respondents, men in particular, also mentioned Oculus Rift (10%, up from 5%) and Google (5%, up from 1%) as VR headset brands than they did in ReportLinker’s previous survey. The release of Google Daydream last November and Facebook promoting Oculus Rift likely helped raise consumer awareness, ReportLinker comments.

Worldwide VR headset revenues will rise to $895 million in 2017, which will be a pivotal year for VR tech, Strategy Analytics highlighted in market research released in April.

The market research provider predicted that Oculus, Sony and HTC VR headset sales would generate over three-quarters of market revenues for the year but account for just 13 percent of unit volumes because the vast bulk of revenue will come from VR-enabled smartphone handsets.