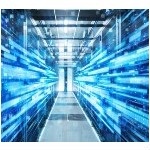 Converged carriers that have mobile and fixed networks must do a balancing act when it comes to network investment. With the advent of 5G, the mobile market has been ultra-competitive, driving strong investment on that side — and that, in turn, is driving converged carriers to ask the question: How can we leverage 5G investment for our fixed networks? The answer could involve a new technology standard known as access gateway function (AGF).

As Martin Taylor, chief technology officer for Metaswitch, explained in an interview with Telecompetitor, one carrier that has found a way to leverage its 5G investment for its fixed network is global converged carrier Vodafone, which announced today that it has successfully tested access gateway function technology from Metaswitch that lets fixed network residential gateways share the 5G packet core with wireless services.

The AGF is an “operator-driven initiative” that involved the wireline standards group Broadband Forum getting together with 3GPP, the international wireless standards body, Taylor said.

He described AGF as “the glue that allows [operators] to take an existing wireline network, connect it to a 5G packet core and deliver services.”

On both the wireline and mobile side, the IP services edge is “just starting to get virtualized,” Taylor explained – and carriers are realizing that if they don’t converge the two technologies at that point, they will have “twice the problem.”

According to Taylor, converging the two types of networks using AGF technology enables carriers to save money and offer better service.

The AGF handles user and control plane traffic using protocols familiar to both the wireless and wireline environments.

Deployment Issues
Implementing AGF will require network operators to deploy stand-alone 5G, but Taylor doesn’t see that as a limitation as he believes the desire to implement AGF could drive operators to make stand-alone 5G deployments.

And while Taylor doesn’t see a market for AGF technology among mobile-only operators, he believes the technology could see deployments by wireline-only operators that are “frustrated about the pace of evolution in wireline services” and who see this as an “opportunity to leverage the speed of innovation” that’s occurring on the wireless side.

The technology also could appeal to fixed wireless providers, as those using 5G fixed wireless technology will need to use a 5G packet core but may still want to support capabilities traditionally associated with wireline infrastructure such as fixed IP addresses.

“Sometimes there is a mis-match” and the converged access gateway function approach can help “bring it all together,” Taylor said.

As of now, Taylor believes Metaswitch is the only company with an AGF offering, but he believes the company will have competition moving forward.