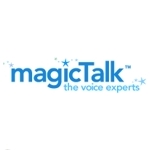 VocalTec–owner of YMax Communications, the provider of the low-cost VoIP offering magicJack —hopes to do some creative deal-making with telecom service providers throughout the U.S. and internationally. The company, which offers VoIP equipment on the VocalTec side, is offering free VoIP equipment to service providers that will agree to enter into ‘bill and keep’ termination charge agreements with YMax. In a ‘bill and keep’ arrangement, two carriers agree not to charge one another for terminating one another’s calls.

VocalTec offers a device that is a combination softswitch, application server and session border controller—and most service providers entering into an agreement with YMax would receive one or two of those devices, a VocalTec spokesperson told Telecompetitor. One device would be live and the other could provide redundancy, the spokesperson said.

The Federal Communications Commission has made moves to phase out the per-minute fees that carriers charge one another for terminating traffic,  and with the end of the system in sight, some carriers might opt to begin the phase out sooner rather than later—with YMax at least. The attractiveness of the deal to an individual carrier depends on the amount of access charge revenue the carrier would be giving up and their appetite for upsetting the ‘apple cart’ before they are forced to do so.

Rural telcos also are being pushed to phase out traditional circuit switched voice service in favor of VoIP carried over a broadband network in order to continue to receive Universal Service subsidies—and potentially free VoIP equipment from VocalTec could, at a minimum, make them listen to the offer.

There is a regulatory sword hanging over VocalTec’s head, too, however. At the same time that the FCC announced its plans for Universal Service and access charge reform, the commission also said it planned to resolve the thorny issue of whether VoIP traffic is subject to terminating access charges.

I suspect the FCC will rule in favor of the traditional telcos on that one as a means of increasing the pool of funds available to fund broadband deployment in the near term. And that could throw a monkey wrench into the business model for magicJack and YMax’s free softphone-based offering called magicTalk.   It appears that one of the reasons the company is able to offer such low-cost unlimited domestic calling is that, as a VoIP provider, it is not paying access charges. The company also appears to collect money from other carriers for terminating calls and, like traditional telcos, is seeing that revenue stream threatened.

From a marketing perspective VocalTec scores some points for creating an offer that IP equipment competitors such as Broadsoft and Acme Packet will at least have to take notice of. For VocalTec, who has the unique position of selling equipment, as well as operating as a serive provider, the move is an interesting approach to use one part of its business (equipment) to help fuel and grow the other (service provider). Will it work?

Behind the FCC MagicJack $5 Million Settlement