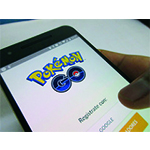 Young adult Millennials have been the primary early adopters of new connected consumer electronics (CE) products and service, and that’s the case when it comes to virtual and augmented reality (AR/VR), according to a new virtual reality forecast from Parks Associates.

In producing ¨Connected CE, Apps and Content Services: Millennials, Gen Xers and Baby Boomers,¨ Parks determined that 8 percent, or 1.5 million, Millennials (12% of male Millennials males and 5% of females) intend to buy a VR headset this year. That’s more than double that among other age groups.

Millennials also are increasingly interested in AR. They have played a big part in the huge success of Pokémon Go’s AR gameplay, downloads and app sales revenue for which set world records for both Android and iOS platforms, Parks highlights in a news release.

According to Parks, 8% of Millennials are very familiar with AR as compared to 3% for Generation X and just 1% for Baby Boomers.

“Pokémon Go has introduced consumers to an AR app experience that doesn’t require headgear or expensive equipment to see an alternate universe,” Parks’ Director of Research Barbara Kraus commented. “The app’s success means we can expect to see a growing number of AR apps in the coming months, with Millennials guiding that effort.”

Millennials also are the driving force when it comes to shifts in TV viewing habits and preferences. Streaming online video is now the ¨new normal¨ for young adults, according to market research from Horowitz released in May.

Aged 18-34, Millennials surveyed by Horowitz for its ¨State of Cable & Digital Media 2016¨ report said streaming accounts for more than half (54%) of the time they spend viewing TV content. Watching ¨live¨ TV programming accounted for 25% of Millennials’ TV viewing time.