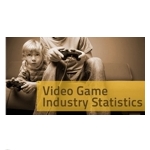 Daily Infographic provides us with some interesting data points about video game usage. This infograph–a compilation of stats on one topic rendered in graphics–informs us that video games generated $10.5 billion in revenue in 2009— $0.5 billion from computer game sales and $9.9 billion from video game sales, according to NPD research. Perhaps surprisingly, the average age of video game players in the US is 34.

Not only that, but playing computer/video games is more of a group, family-oriented activity than may be commonly perceived: 70% of US households engage in playing games. Half the number of parents responding to a recent survey said they play a video game with their child at least once a week.

Parental supervision is an issue of concern when it comes to the video games children and minors play. Research finds that: