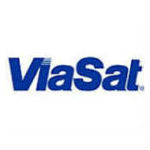 Satellite broadband provider ViaSat today launched a new price plan in 30 states that will provide unlimited email and web page access. Other types of Internet use – including music, streaming media and chat – will be capped, however. And the cap will be lower than for a lower-priced offering that was previously announced and will continue to be available.

“A significant segment of our customer base values unlimited, high-speed access to web pages and email,” said ViaSat Vice President of Satellite Services Lisa Scalpone in today’s announcement.
For a limited time, customers interested in the new plan will not have to pay the $149.99 set-up fee, ViaSat said. In addition an “Early Bird Free Zone” gives customers unmetered access to “everything on the Internet,” including video, from 3:00 a.m. to 8:00 a.m. daily.

ViaSat is one of two companies, including Hughes Network Systems that offer broadband service delivered via satellite. Customers are largely in rural areas where other broadband options are not available.

Offerings from both ViaSat and Hughes have become more competitive since both launched higher-capacity satellites a year or so ago. Both companies increased their data rates considerably after the new launches.

In recent months both companies also have added voice service to their offerings.

A report commissioned by NTCA- The Rural Broadband Association notes, however, that despite enhancements, satellite broadband inherently has greater latency and is more vulnerable to weather conditions than landline broadband.