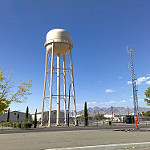 The Northeast Michigan Council of Governments (NEMCOG), in conjunction with Connected Nation Michigan, has created a vertical asset inventory for the region, which is largely rural.

The project identifies and catalogs publicly and privately held assets upon which wireless equipment can be mounted. These structures include silos, water towers and the like. The interactive tool can be accessed at Discover Northeast Michigan.

Identifying these assets is vital in rural areas that long have lagged in broadband penetration. According to the FCC, 36% of households in the NEMCOG region did not have access to high speed Internet as of September, 2017.

The project takes direct aim at this digital divide. “Access to broadband infrastructure is critical for Michigan and its rural communities, regions, residents, and businesses as they strive to compete on a global scale,” Tom Stephenson, the Community Technology Advisor for CN Michigan, said in a press release. “Just as water and sewer, electricity, and telephone utilities have their place in community and economic development, access to broadband has become the 21st century’s most critical infrastructure.” 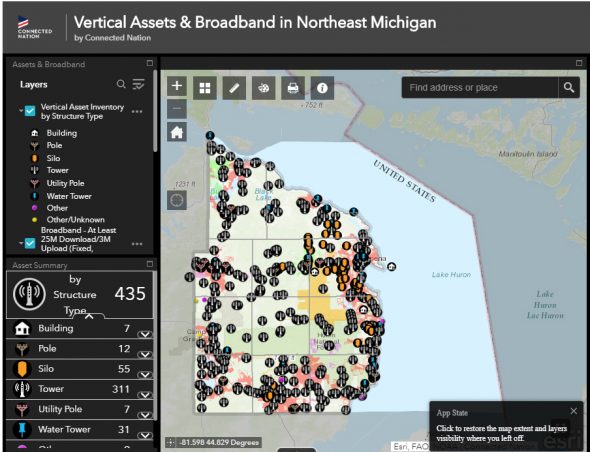 A similar vertical assets cataloging project that was conducted in Ogemaw County, MI may have been the initial impetus behind the new project. The Ogemaw County project was announced in April, 2017. NEMCOG participated in that initiative as well. Other participants were the Ogemaw County Economic Development Corporation (EDC), the Michigan Works! Region 7B Consortium and the Ogemaw County Technology Planning Team.

That project had been ongoing since October, 2014 and involved what Connected Nation in a blog post called a “massive undertaking,” including a mail campaign urging assessment by residents of the height of structures that may be appropriate for hosting wireless equipment. A related subtle benefit is pointed out in the Connected Nation blog post on the Ogemaw County project. The use of existing structures instead of building new ones helps preserve the natural landscape.