Home » Verizon Wireless Gets Out in Front With Open Access

Verizon Wireless announced today that they will be “opening up” their network to wireless devices, software, and applications not offered by the company. According to a company press release, “In early 2008, the company will publish the technical standards the development community will need to design products to interface with the Verizon Wireless network. Any device that meets the minimum technical standard will be activated on the network.” I’m sure many people will yawn at this development and think it doesn’t go far enough, but we should all recognize that it’s a pretty bold step for a traditional carrier like Verizon Wireless, who is notorious for wanting to control and limit network access. Is this a calculated move to address Google’s Android project?

You have to assume that Android played a role in this. This move by Verizon may not be totally a result of Android, but I’m sure it helped move it along internally. Verizon joins Sprint who made a similar pledge for their upcoming WiMAX network (assuming it gets built). Of course Google is leading the charge here and put their money where their mouth is by leading the Android movement. There is also speculative consensus that Google intends to be a major player in auction 73 for highly valuable 700 Mhz spectrum. If that is indeed true, Google may be setting itself up to create a compelling competitive ecosystem for established wireless players. It seems as if Verizon recognizes this possibility and hence is now a champion of open access. The promise of open access, where consumers can utilize devices on a wireless network that are sold independently of that wireless carrier, may further stimulate the already quite competitive wireless landscape. It may also fuel a new wave of innovation, including devices and applications well beyond traditional cellular phones, that may positively contribute to the bottom lines of all involved. With Verizon’s announcement, they join Sprint and T-Mobile as publicly embracing some sort of open network initiative. Missing of course is AT&T – the current king of closed networks thanks to the iPhone. How long will they be able to maintain their closed access “lone ranger” status? 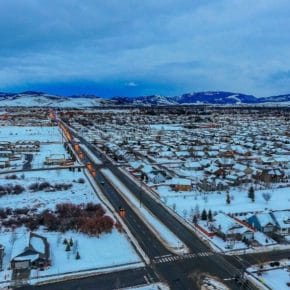