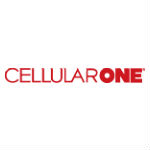 Verizon’s LTE in Rural America Program has seen recent momentum with a handful of carriers actually launching 4G LTE networks of late. But we haven’t seen a new carrier enter the program for a while – that is until late last week. MTPCS, LLC, d.b.a. Cellular One, is the latest regional wireless carrier to announce their participation in the program.

Under the terms of the LTE in Rural America Program, regional and rural wireless carriers enter into an agreement with Verizon Wireless (VZW) to lease 700 MHz upper C block wireless spectrum. They also agree to build out a 4G LTE wireless network, which conforms to VZW specifications, and leverages a VZW 4G LTE core network. The strategy helps VZW expand their 4G LTE footprint into rural markets and helps those rural carriers gain access to 4G spectrum to offer 4G LTE in their own markets. Their customers also get to roam onto VZW’s nationwide 4G LTE network.

Cellular One, primarily a GSM based regional wireless carrier, has operations in Louisiana, Texas, Oklahoma, and Montana. Their initial spectrum lease from VZW includes the Texas markets of Angelina, Nacogdoches, Shelby, Sabine, and San Augustine counties. Cellular One also maintains a CDMA roaming network, which will come in handy for the voice portion of their roaming agreement with VZW considering LTE is a data only service for now.

Access to affordable data roaming was a key issue for Cellular One, when deciding to join the LTE in Rural America Program, CEO Jonathan Foxman explained to me in an email. “In order to remain competitive, we need the ability to offer nationwide roaming to our customers on viable economic terms.  The Verizon LTE in Rural America program gives us that ability, in addition to helping us get more from our capital investment dollars by leveraging Verizon Wireless’ LTE core and benefiting from Verizon’s and other LRA program members’ roaming revenue,” said Foxman.

LTE in Rural America Program partners that have launched commercial 4G services to date include Bluegrass, Cellcom, Pioneer Cellular and Cross Wireless, which is offering service under the Sprocket Wireless brand name. And although Chariton Valley does not appear to have made a formal announcement, the company’s web page shows that it is offering LTE. In addition, Strata Networks plans to begin offering LTE service this month if it hasn’t already.