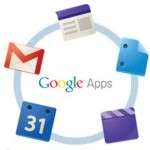 In a move that illustrates how far the telecom industry has come, Verizon today announced they are bundling a suite of Google Apps to small business customers. Called Google Apps for Verizon, the new bundle includes company domain Gmail accounts with 25 GB of storage per user, Google Calendar, Google Sites, Google Docs, and hosted Google Video. Google Apps is Google’s version of a business productivity software suite comparable to Microsoft Office, but with many more external hooks or apps, and hosted on the Internet, rather than on a business computer.

It’s an interesting move because it demonstrates mainstream telecom’s embrace of cloud computing and their growing acceptance of featuring external partner’s brands and services over their network infrastructure – some might even call it a ‘dumb pipe’ strategy. Verizon and Google have built a strong relationship on the wireless side with Android Smartphones. It looks like that relationship is expanding.

“Small and medium-sized businesses have been clamoring for a simple, cost-effective solution so they can stay focused on their core business and not waste time figuring out which tools they need,” said Monte Beck, vice president of small-business marketing for Verizon. “With Verizon’s business bundled packages, which now include Google Apps for Verizon, all the essential functions needed to run a business effectively and efficiently are now easily accessible to our business customers and their employees, anytime and anywhere.”

Verizon will provide three free user Google Apps for Verizon accounts to small business customers that subscribe to  a bundle consisting of Verizon Internet service and either Verizon voice or TV service, or both.  Pricing for the bundle seems a little confusing. The press release announcing this development quotes Verizon business bundles starting at $60/month for 3 Mbps Internet and phone service, but the Google Apps for Verizon website lists a $75/month bundle as the starting price.

Google Apps for Verizon is currently available in Washington, D.C., and parts of 12 states: California, Connecticut, Delaware, Florida, Maryland, Massachusetts, New Jersey, New York, Pennsylvania, Rhode Island, Texas and Virginia.  They will also sell Google Apps for Verizon as a stand-alone service to any business across the country for $3.99 per month per user.  That represents about a 4% annual discount over Google’s $50/year retail pricing for a Google Apps account.

It’s an interesting approach. Telecom carriers and their cable and CLEC competitors are feverishly battling for the lucrative small and medium business market segment. Cable has had great success there, particularly companies like Cox. Verizon is responding by trying to position their service as a turnkey small business IT service, not just voice and broadband connectivity – and they’re turning to the cloud to accomplish it.