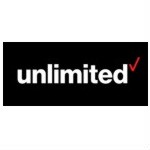 In what may well be the latest example of ‘if you can’t beat them, join them,’ Verizon will launch a Verizon unlimited data plan on Monday February 13th. Verizon joins T-Mobile and Sprint, who have used unlimited data plans very effectively as a clear differentiator between them and Verizon and AT&T.

Like unlimited plans from other carriers, Verizon will begin to throttle service for true bandwidth hogs. Once a single line plows through 22 GBs of data in a single billing cycle, Verizon will “…prioritize usage behind other customers in the event of network congestion.”

Verizon Gives In
Verizon has been resisting an unlimited wireless plan for some time, but that resistance has been softening of late. Back in September 2016, Verizon CFO Frank Shammo insisted unlimited data plans were not a good move.

“At the end of the day, people don’t need unlimited plans,” Shammo said. “You cannot make money in an unlimited data world.”

But on their 4Q16 earnings conference call, Verizon executives still maintained that unlimited data didn’t make sense, but seemed more open to adjusting if the market dictated it.

“There is unlimited is one of the things some of our competition has at this point in time,” said Matt Ellis Verizon EVP & CFO in response to questions by institutional investors on the conference call. “There is not something we feel the need to do but I will say we continually monitor the market and we will see where we are heading in the future.”

Apparently, needs of the business have changed. Verizon really didn’t have much of a choice. Their revenue and earnings are flat or in slight decline, and they don’t foresee wireless revenue growth until maybe 2018.  T-Mobile and Sprint are seeing results from their aggressive pricing and unlimited plans, at the expense of both Verizon and AT&T.

Sprint claimed 368K net phone adds in 4Q2016, their best in four years. Sprint also continues to turn up the competitive pressure, having just launched a new unlimited plan starting at $50/month for a single line, or $90/month for up to 5 lines.

How soon before AT&T joins the unlimited party?