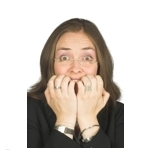 Frontier Communications recently completed their $8.6 billion transaction for significant Verizon rural wireline assets, which included all of Verizon’s West Virginia wireline network. Frontier has since been traveling across these acquired territories discussing how they will improve Verizon’s network for better broadband. They’re going to need it – and they may want to move West Virginia and its DSL only broadband network into first place on the upgrade list.

Light Reading reports today how Verizon is plotting its LTE 4G network for West Virginia, which will include a deployment in Charleston and 10 additional metro areas across the state. Since DSL is the most vulnerable broadband method to competition from LTE, given its speed and distance constraints, could Frontier be in trouble in the face of Verizon’s LTE offer? Maybe.

That would be quite ironic if Verizon aggressively pursues not only mobile broadband opportunities, but home broadband as well in the territories it sold off to Frontier. DSL Reports offers some interesting insight into a potential home version of an LTE based broadband offer, which conceivably could entice home broadband subscribers to cut the wireline broadband cord. It wouldn’t be a stretch to see a bundle of DirecTV and a combined home/mobile broadband option based on LTE from Verizon at some point in the future. Look out Frontier.

Honestly though, it wouldn’t be surprising at all — all’s fair in love and the broadband wars, right?