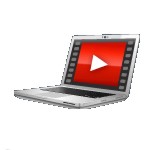 Verizon gave a peek into their TV Everywhere plans with the announcement of a content deal with Time Warner. “Beginning in June, FiOS TV customers will automatically receive free, unlimited online access to popular content from Time Warner’s Turner networks – TNT and TBS – with plans to bring the same content to mobile devices in the near future,” says Verizon in a press release.

For now, this content is only available for computers or laptops. Verizon promises mobile access is coming soon, but made no mention of devices like the Apple iPad.

With this move, Verizon is slightly ahead of telcoTV brethren AT&T, who recently launched U-verse Online. But U-verse Online acts more like a Hulu knock off (in fact it gets much of its content from Hulu) than a TV Everywhere project and is open to anyone – at least for now. Verizon is slightly behind Comcast with this initiative. Comcast has a more aggressive TV Everywhere product with Fancast Xfinity.

Verizon is sure to hear from critics on FiOS TV Online. The fact that you have to wait 24 hours to view this newest content isn’t exactly an “anytime, anyplace” experience, as their press release suggests this product delivers on. It still exerts a level of control to online content access – a control factor which some critics point to as a fatal flaw with some TV Everywhere initiatives.

Companies like Comcast seem more willing to try to get out in front of the content anywhere curve, although their product has its critics as well. DISH Network also offers a TV Everywhere product which is enabled through their Sling powered set-top-box.

All of these projects are classic examples of trial and error. Traditional multichannel subscription video providers are trying to build products that they hope will provide enough perceived value to the subset of subscribers who are at risk to ‘cut the cable cord’ in favor of other less expensive options online. No one has the answer yet. The ‘silver bullet’ as we say, is elusive or maybe even non-existent.