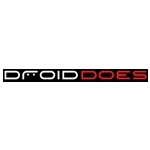 On the heels of Verizon Wireless (VZW) attacking AT&T’s 3G network with their ‘There’s a map for that’ campaign, they are now setting their sights on the iPhone with their Droid Does campaign. The pending campaign reveals VZW intends to take the iPhone (and AT&T) head on in a high stakes battle for lucrative data hungry smartphone subscribers.

VZW’s iPhone assault pits the Android platform against the iPhone. The campaign exploits the lower case ‘i’ of the iPhone, and uses the term ‘iDon’t’ to highlight features that the iPhone does not do. For example, a few of the iDon’t references:

It concludes with ‘Everything iDon’t – Droid Does.’ Ouch. Unlike previous iPhone competitors, VZW appears to be taking a ‘no prisoner’s’ attitude regarding competing with the iPhone. It will be interesting to see how/if Apple/AT&T responds. Will they get dragged into a street fight with VZW? Or will they let the iPhone’s legendary ascendancy speak for itself and not even acknowledge VZW/Android?

What would you do?

One thought on “Verizon Opens Assault on iPhone”