Home » Verizon Oath Strategy: Mobile Usage Data is Our Oil and Oath Will be Our Oil Rig 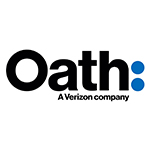 Building “brands people love” will differentiate Verizon’s strategy for the digital media business it will operate when its Yahoo acquisition is completed and those assets are merged with Verizon’s AOL business, said Marni Walden, Verizon executive vice president and president of the company’s Media and Telematics businesses, today. Verizon plans to use the name “Oath” for that business and according to Walden, the Verizon Oath strategy also will include new online ad formats.

Verizon Oath Strategy
The Verizon Oath strategy was driven in large part by Verizon’s desire to monetize a wealth of behavioral data from the company’s mobile business, Walden said. She likened that data to “oil in the ground,” which drove the company several years ago to look for “a rig that could pull it up.”

Having 300 million “eyeballs” using the Verizon mobile network “used to sound great” in the U.S. wireless business, Walden noted. But she said that number doesn’t entail “meaningful opportunities” in today’s market. Acquiring Yahoo, however, will bring 1.3 billion eyeballs and give Verizon a seat at the table with important players in the digital media business, she added.

AOL, meanwhile, had a very effective online advertising platform but “didn’t have enough supply,” Walden said. AOL didn’t have a large enough audience to support advertisers who might have wanted to increase their spending with the company, she explained.

“Yahoo brings us that,” she said.

Walden sees strong branding as an important differentiation point for Oath as it seeks to compete against the likes of Google and Facebook. She pointed to Yahoo Sports, Yahoo Finance and The Huffington Post as examples of popular brands that will be part of Oath’s operations.

When Oath gets rolling later this year, Walden sees the development of new online ad formats as an important priority. She said users increasingly are dissatisfied with existing forms of online advertising, including “click baiting” that pops up an ad when a user clicks on digital content. Often people do not find this material appropriate and in supporting that option, Oath would not be “creating value for our brand,” Walden said.

Other highlights from Walden’s discussion of the Verizon Oath strategy:

Walden made her comments at Guggenheim Media Day, which was also webcast.