Verizon and Microsoft are partnering to simplify and speed IoT development and deployment by integrating all critical platform components.

“This is about simplifying IoT solution development,” Aamir Hussain, Verizon Business’ senior vice president of Business Products, said in a press release. “By integrating the Verizon and Microsoft platforms, we are enabling IoT builders to more easily get their solutions to market, and ultimately, into the hands of users. It’s about moving the IoT industry forward and making it easier for businesses and consumers to benefit from IoT innovation.”

An early user of the platform is Cognizant, which has developed an IoT application for efficient management and use of cold storage for storage and shipping of food, pharmaceuticals and other perishables.

This appears to be a key step in Verizon’s IoT initiative. End users often face a choice in a move to complex new technologies. Best of breed approaches focus on creating “one-off” solutions that are cobbled together with unique goals and requirements in mind. Integrated solutions are not as targeted, but feature more deeply connected elements that can provide operational benefits and reduce costs.

The carrier has made a number of IoT announcements. In May 2019, Verizon its nationwide NB-IoT network, which then covered more than 92% of the U.S. population and complements the ThingSpace management platform that is key to this week’s announcement.

In February, it launched Monarch Go and Monarch GPS. The two devices – which are based on Sequans Communications’ Monarch GM01Q LTE-M module, aim to accelerate commercial deployments of wireless IoT devices. 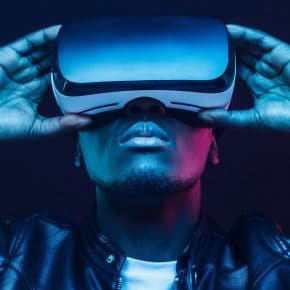