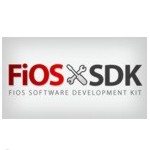 I took notice over the weekend of Verizon’s new FiOS Labs website. It leads with, “Take a look backstage at some ideas we’re working on, along with some of our most recently launched features.” The site offers a window into apps for FiOS, both in development and in beta. It also offers a gateway for developers to learn about developing apps for FiOS, including info on the recently announced FiOS software development kit (SDK).

The FiOS SDK offers an emulator featuring a simulated TV screen, remote control and debugging console. Verizon already offers a variety of apps, or widgets as they call them, for FiOS. They announced the equivalent of a FiOS apps store last year. The FiOS Labs and SDK should help accelerate this effort.

While it’s nice to see Verizon ramp up apps development for FiOS, I do see somewhat of a missed opportunity for the telecom sector in general. Unlike their cable competitors, who basically have settled on a single platform and can turn to CableLabs to drive app development for the whole cable industry, telecom carriers seem to be going it alone.

We’ve already seen similar efforts with AT&T and their U-verse platform.  It’s a shame the hundreds of other telcos across the industry are unable to leverage these efforts. App development will be critical for future competitiveness, not only for IPTV, but for broadband in general. For now, telcos will have to figure this out individually.