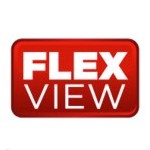 “Flex View enhances FiOS TV Video on Demand to let customers take video programming outside of the home and view it on various portable devices, including a growing number of compatible smartphones, tablets and laptops.  The new feature is now available to most FiOS subscribers and will be in all FiOS markets by the end of the month,” Verizon announced in a press release.

In addition to combating OTT video marauders like Netflix, Verizon has to contend with their traditional telecompetitors like Comcast and Time Warner Cable, who have also launched TV Everywhere initiatives. DISH Network also has its own version, powered through their Sling platform.

Verizon claims a library of 1,400 movie titles, soon to grow to 2,000 (with TV show content coming later) available for authenticated download. Verizon is focusing their efforts on paid VOD with Flex View, at least initially, making their TV Everywhere strategy somewhat scattered. In addition to Flex View, they also offer a TV Everywhere approach with FiOS TV Online. I’m not quite sure what to make of the separate approaches. It could be driven from a technology limitation point of view, but it seems to me these two efforts should be merged to present a cohevisive and less cumbersome approach to get VOD and TV content on multiple devices.

Compared with Comcast’s Xfinity TV, their version of TV Everywhere, which claims 150,000 titles of movie and TV content, with tighter integration between free and paid VOD viewing, Verizon’s approach has some catching up to do. Other features are coming to Flex View, including access to “personal content – including photos, videos and music – on the go.”