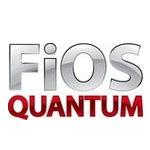 All the talk of late about Gigabit networks hasn’t fazed Verizon, well at least not entirely. Big Red hasn’t decided to match Google and others with a 1 Gbps speed tier yet, but they are going at least half way. Verizon announced a new FiOS 500 Mbps (100 Mbps upstream) speed tier for select FiOS markets.

In announcing the service Verizon president of consumer and mass business group Bob Mudge said, “Our customers want and get a leg up on online video games. They want to stream movies on myriad devices; share tons of pictures and home videos; and send big work files so they don’t skip a beat when they’re working from home or growing their business. Our all-fiber-optic network lets them do it all at the same time.”

Verizon has been steadily increasing their FiOS speed tiers, which start at 50 Mbps downstream, under the marketing brand Quantum. Verizon reports that one third of new and existing customers have selected or upgraded to one of their Quantum speeds, which before this announcement, topped out at 300 Mbps downstream. Quantum services launched just over a year ago.

The 500/100 Mbps speed isn’t universally available across the FiOS footprint, but is “… available in parts of every FiOS market…” Verizon says they will roll the service out to all remaining “parts” throughout 2014. Pricing ranges from $300 per month for a standalone option or as a part of a bundle priced which ranges from $310 to $375 per month. A standalone business version will sell for $370.

The debate continues as to whether these ultra-broadband products are even necessary for the consumer market. Some will argue it’s overkill and more of a marketing race, while others like Google will argue it’s a natural progression for broadband and will soon be expected by consumers. What do you think?

Verizon and Honda Working on 5G MEC for Vehicle Safety