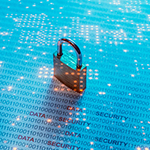 Phishers and other fraudsters who rely on social engineering are now concentrating their attacks on C-level executives because those execs have access to a company’s most sensitive information, according to the 2019 Verizon Data Breach Investigations Report.

Senior executives are an attractive target because they  often have unchallenged approval authority and privileged access into critical systems. Usually dealing with deadlines, senior executives quickly review and click on emails prior to moving on to the next (or have assistants managing email on their behalf), making suspicious emails more likely to get through, according to the report.

The Verizon research added that the increasing success of social attacks such as business email compromises (BECs -which represent 370 incidents or 248 confirmed breaches of those analyzed), can be linked to the unhealthy combination of a stressful business environment combined with a lack of focused education on the risks of cybercrime.

“Enterprises are increasingly using edge-based applications to deliver credible insights and experience. Supply chain data, video, and other critical – often personal – data will be assembled and analyzed at eye-blink speed, changing how applications utilize secure network capabilities,” said George Fischer, president of Verizon Global Enterprise, in a prepared statement. “Security must remain front and center when implementing these new applications and architectures. Technical IT hygiene and network security are table stakes when it comes to reducing risk. It all begins with understanding your risk posture and the threat landscape, so you can develop and action a solid plan to protect your business against the reality of cybercrime.”

Verizon provided the following key findings from the report:

One thought on “Verizon Data Breach Report: Cybercriminals’ New Focus is the C-Suite”