Home » Verizon CEO: Half of Base Chooses FiOS Bandwidth Upgrade 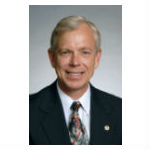 Upgrades to Quantum are being driven by increased use of video and the proliferation of WiFi-capable devices within customers’ homes, McAdam said.

McAdam added that Verizon could easily raise FiOS data rates to a gigabit per second but has no near-term plans to do so. For residential users to need gigabit connectivity, the industry “has to come up with new apps besides video and more devices,” he said.

Previously FiOS data and FiOS video had similar take rates, but more recently the company has been signing up 20% to 40% more broadband customers. This shift may be driven, in part, by customers shifting toward over-the-top video options. But McAdam isn’t concerned about the possibility of more customers moving in that direction because margins are better on broadband.

“If they convert over, that’s fine,” he said. “The more traffic into the home, the better for us because we’ve got the technology that’s future-proof. We’re in the best position to capitalize on high-volume traffic going into the home.”

Customers’ climbing bandwidth requirements have not caused Verizon to consider expanding FiOS into new markets, however. McAdam said the company will continue to broaden its reach in existing FiOS markets but has no plans to expand to non-FiOS markets.

Multicast Opportunities
On the wireless side, McAdam shared Verizon’s vision for multicast services.

At this year’s Superbowl, Verizon offered a single channel of multicast event-related content. But McAdam hasn’t ruled out offering multiple multicast channels in the future.

A key goal of multicasting is to minimize network traffic by eliminating the need for a wireless carrier to send an individual stream across its network to every customer requesting the same content. But McAdam’s comments suggest multicasting also could enhance the value of a carrier’s services and perhaps even generate new revenues.

He noted that concert promoters have approached the company about using multicast technology to enable a concert occurring in a single market to be viewed in other markets on a paid basis. And potentially Verizon could integrate Twitter tweets during such sessions, could insert targeted ads and could use its ISIS mobile commerce capability to offer coupons to customers, McAdam said.