Home » Verizon CDMA iPhone: Is it Exclusive to Verizon? 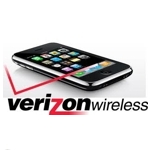 Verizon held a press conference today outlining the long rumored news that the iPhone is coming to Verizon. The move breaks the AT&T iPhone monopoly which they had for a little over three years.

The Verizon iPhone is the iPhone 4 version, but will operate on their 3G CDMA network, not their new 4G LTE one. It will be available beginning February 3, 2011 (nice Valentine’s Day gift?) for Verizon customers (Feb 10th for everyone else) and will be priced very similarly to AT&T at $199.99 for a 16GB phone, $299.99 for 32 GB with a two year contract – although in anticipation of this AT&T lowered the price of the iPhone 3GS to $49 last week.

One interesting quote I took from the news conference was when asked if the CDMA version of the iPhone will be exclusive to Verizon, Apple COO Tim Cook responded “It’s a multi-year, non exclusive deal.” Interesting response, but lacking details. Will we see the CDMA iPhone on other carriers, maybe even smaller, regional carriers? Maybe. We’ll have to dig into Cook’s answer a little deeper. Stay tuned.

One thought on “Verizon CDMA iPhone: Is it Exclusive to Verizon?”