Verizon and AWS have made mobile edge computing available to customers in Charlotte, Detroit, Los Angeles and Minneapolis, the companies announced.

Verizon 5G Edge and AWS Wavelength provide customers with a real-time cloud computing platform as well as AWS compute and storage services. By offering these services at the edge of the network, Verizon is eliminating the network hops and inherent latency needed to connect from a hosted application to the end user’s device.

With the most recent expansion, Verizon and AWS now offer mobile edge computing in 17 U.S locations.

Among the first companies to take advantage of the mobile edge computing capability are Fermata Energy, a Verizon Ventures company, and Easy Aerial. The firms participated in the 5G Studio, a collaboration between Verizon and Newlab, to develop technology solutions.

“Through our continued collaboration with AWS, we’re helping developers and businesses in every industry create truly transformational applications for use cases such as immersive VR gaming, video distribution, and connected and autonomous vehicles,” said Tami Erwin, CEO of Verizon Business, in a prepared statement. “By expanding our 5G Edge locations across the U.S., we’re enabling developers to quickly and easily build apps and services that take advantage of the low latency, massive bandwidth and strong reliability of 5G and edge computing.”

Verizon has partnered with AWS on other offerings as well, including one involving AWS Outposts that became available in several markets in October. AWS Outposts are an edge computing offering deployed at a business customer’s location. 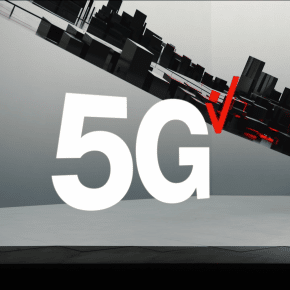