Home » Verizon Awarded $82 Million in Broadband Funding; Is This a Change of Heart on CAF? 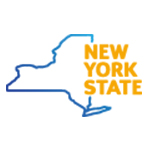 Verizon will receive $82.7 million in state and federal funds to bring broadband to unserved parts of rural New York. Most of the funding — $70.7 million – will come from the New NY Broadband Program, with an additional $12 million coming from the federal Connect America Fund (CAF). Verizon also will contribute toward the project, which will bring service to more than 15,500 locations. Verizon broadband funding for New York will be $23.9 million.

Although AT&T, CenturyLink, Frontier and other large carriers have been awarded millions of dollars in CAF money dating back to 2012, this marks the first time Verizon has pursued CAF money. The carrier rejected CAF funding on three previous occasions.

Is this an isolated case or has Verizon had a change of heart on CAF?

It’s an important question as the FCC gets set for a July reverse auction to award $2 billion in CAF funding, including money originally rejected by Verizon for areas in its local service territory.

New York is Unique
The state of New York is in a unique position on CAF. Early last year, the FCC said it would release up to $170 million in CAF money rejected by Verizon and other carriers to the state so that the state could award the money in combination with state funding allocated through the New NY Broadband program. The FCC said at the time that it made the decision because the New NY program had set deadlines for broadband deployments that were more aggressive than those for the CAF program. The rationale was that unserved New Yorkers would get broadband sooner by having the state administer funding.

The state of New York held a reverse auction to determine which network operators should get funding and Verizon won back some, but not all, of the funding it previously rejected for New York, which targeted 78,245 locations in total. This situation could have occurred either because the carrier did not bid on every area or because it was not the winning bidder in every area.

In 2015, carriers were required to accept or reject CAF funding for an entire state; they could not select only certain locations. But in the New NY Broadband program and in the upcoming CAF auction, funding will be awarded more granularly.

In the CAF auction (as in the New York auction that awarded funding for that state), no carriers will be able to request a higher level of support than the incumbent was originally offered for an area. Accordingly, the ability to select only certain areas to serve will likely be the chief appeal for incumbents that opt to participate in the upcoming auction.

Verizon Broadband Funding
When Verizon rejected CAF funding, it may have been hoping to sell off rural parts of its operations – a goal it succeeded in reaching in several states. But there have been no such sales for a while now and Verizon may have decided that it would be better to upgrade broadband where required by the FCC rather than lose those areas to competitors in the upcoming auction.

It’s also important to note that some carriers that previously accepted CAF funding have no wireless operations in which they might have preferred to invest resources. Frontier and Windstream fall into that group. And although AT&T has both wireline and wireless operations, it serves many more rural areas than Verizon does, which meant it had a lot more at stake on the rural front.

Recently, however, Verizon has started to take more of an interest in its wireline business. As the company sets out to deploy small cells, it has realized that it could use the same infrastructure to support faster speeds on the wireline side. The company also has been exploring the possibility of using 5G in a fixed configuration and is quite optimistic about the technology’s potential.

Perhaps the changed environment will drive the carrier to reconsider its attitude toward CAF and we will see the company participate in the upcoming auction.

New York Plans?
It’s not clear what technology Verizon plans to use for the New York deployments.

In a press release about the New York funding, Verizon said it would “leverage its relationship with New York-based Corning Inc. to provide fiber optic cable and associated hardware to expand its broadband network” in the state. But the fiber could be used for backhaul for fixed wireless, fiber-to-the-home or fiber-to-the-node. Perhaps Verizon will use a combination of those technologies.

Other companies winning funding in the latest phase of the New NY Broadband program include Frontier, TDS, Windstream and numerous smaller companies.