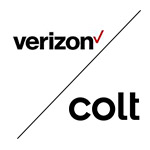 Verizon and Colt have demonstrated the ability to make near-real time bandwidth changes, or on-demand bandwidth requests in this case, to each other’s production networks using software-defined networking (SDN) technologies. The demo highlights a real world customer scenario, where end customers want to be able to better control their experience, and not have to deal with multiple vendors and their non-integrated systems.

SDN technology offers great gains in efficiency at several levels, helping to achieve this end customer goal. To be practical, however, it is necessary for networks to act in unison. The Verizon/Colt demonstration is a step toward this goal.

The ability to orchestrate across carrier lines is seen as an important step in the continued evolution of virtualized networking. “This showcase positively demonstrates the power of software-defined networking and how increased adoption is putting operators and customers in control of their networks and services,” Mirko Voltolini, Head of Network On Demand at Colt, said in a press release. “Previously, closed systems have made interoperability between service providers extremely difficult.”

SDN and its virtualization cousin, Network Functions Virtualization, are complex technologies. Last month, the Alliance for Telecommunications Industry Solutions released a report that said examination of carefully chosen metrics and key performance indicators can be helpful in efficiently deploying these technologies. Important elements of these networks include computing systems, storage systems, networking systems, virtualization support systems (including hypervisors) and management systems for virtual and physical resources.