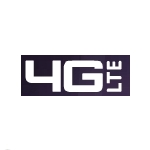 Verizon announced today that Parkersburg, West Virginia is their 500th market for 4G LTE and their initial LTE network build out is just about complete. They are in 49 states and intend to enter their last, Alaska, next month.

With its 4G LTE network virtually complete, Verizon Wireless is now working towards an all IP future. They’ve also announced that they will launch voice over LTE (VoLTE), which is wireless VoIP in simple terms, in early 2014. A 4G LTE only handset will also ship in 2014, meaning all communication, voice and data, will be in IP form from that device.  Over half (57%) of all their data traffic already flows over their LTE network.

As they march towards all IP, Verizon will find ways to refarm their 3G spectrum for other uses, including additional 4G capacity, and M2M applications.

They will soon add their AWS spectrum holdings to their 4G LTE arsenal, and with further advancements in LTE already well underway, expect Verizon Wireless to take full advantage of their 4G LTE network to capture as much market share as possible from mobile and fixed applications alike.