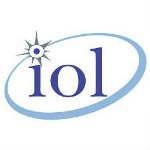 With telecompetitors looking to further leverage their capital investments in DSL technology, 14 companies gathered in Durham, New Hampshire the week of June 17 to participate in wide-scale interoperability testing of ITU-T VDSL2 G.vector equipment.

The G.vector plugfest is one in a series of interoperability G.vector test events being sponsored by the Broadband Forum and hosted by the University of New Hampshire’s InterOperability Lab (UNH-IOL). “Operators around the world are looking to the G.vector technologies to provide a boost to the VDSL2 subscriber data rates, thereby meeting the needs of multi-service home and business customers,” according to a joint press release.

Known as G.Vector for short, the ITU-T G.993.5 Recommendation is viewed as a means of extending DSL into the realm of superfast broadband services delivery. As explained in a 2012 Broadband Forum marketing report, “VDSL2 deployments based on this new Recommendation are achieving the quality of service required for premium services such as multiple channels of HDTV (MR-180)” and “have the potential of being deployed in the field as an enhancement to existing DSL deployments, thus reducing capital investment cost as well as simplifying operations at the network operators.”

The ITU-T G.993.5 standard uses the mathematical process of vectoring to cancel out the majority of crosstalk noise on DSL lines. Significantly reducing signal interference effectively raises the throughput of DSL lines. G.993.5 is capable of supporting connection speeds “in excess of 100 Mbps at distances up to 500m (1500 ft) from a fiber-fed DSLAM using VDSL2 on typical telephone wiring,” according to the Broadband Forum white paper.

“It’s exciting to see the technology evolving and maturing,” Lincoln Lavoie, Senior Engineer at UNH-IOL, commented. “The plugfest events have grown from testing the basic operation of a single pair of transceivers to testing 8 pairs simultaneously, and this growth has happened in less than one year.

“This is clearly a major step towards optimizing VDSL2 capabilities,” added Robin Mersh, Broadband Forum CEO. “With these strides in G.vector interoperability, operators will have new tools to expand their deployment and offer super-fast broadband services to more customers.”

Results from initial tests will be provided to Broadband Forum members in the coming weeks. The next G.vector interoperability events are scheduled to take place at UNH-IOL this autumn.