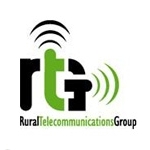 The initiative will enable smaller wireless carriers to exchange traffic with one another without the need to connect to a centralized hub as carriers traditionally have done, explained George Woodward, president and CEO of Trilogy LTE Services, which is spearheading the initiative.

Woodward envisions the LTE Roaming Initiative complementing rather than replacing hub-based services from companies such as Transaction Network Services (TNS), Syniverse and others. The Competitive Carriers Association earlier this year announced a hub-based LTE roaming initiative based on technology from TNS.

Carriers may continue to use the hub approach for connecting to companies with whom they exchange lower traffic volumes, he said. But “typically when there is a fair bit of traffic between two networks they would use a direct connection,” he said.  “If you can connect [directly] you eliminate variables and costs associated with sending traffic to a switching [hub]. Typically there’s a monthly fee plus a transaction fee for each message sent.”

Until the arrival of LTE, carriers had to establish direct connections with every other carrier with whom they wanted to directly exchange traffic, Woodward explained. But because LTE is IP-based it makes an alternative option such as the LTE Roaming Initiative possible.

The new offering leverages IP-MPLS service from Inteliquent (formerly Neutral Tandem) whose IP-MPLS network will underlie the service. Another key participant is Union Wireless, a wireless carrier operating in rural Wyoming and Colorado, to whom other participants will connect.

“The idea is scalable and replicable as long as [carriers] connect to the same carrier first,” Woodward explained. Union Wireless would be that carrier.

Woodward also noted that Union Wireless has set aside resources for testing, which will be critical to carrier certification. When a new carrier connects to Union Wireless, “their certification will be with Union and any carrier that already certified ahead of them,” said Woodward.

To reach Union Wireless “each carrier will likely connect into Inteliquent,” Woodward explained. “It will be one physical connection but they will [be able to] get to every other carrier.”
Also critical to the service is Trilogy LTE’s Diameter as a Service (DaaS) offering. Woodward described Diameter as a next-generation alternative to Signaling System 7, the traffic routing technology that underlies traditional telecom networks.

To use Diameter requires either that carriers invest in their own Diameter servers or use a cloud-based offering such as what Trilogy LTE provides.

LTE Roaming Initiative also includes billing and other capabilities necessary to support LTE roaming. Other companies that have a role in supporting the offering include Performance Technologies, Aicent, PSA and Planet Cellular.

Several carriers in addition to Union Wireless also plan to participate in the LTE Roaming Initiative, Woodward said, noting that their names will be announced soon.

“We would like as many rural peering partners as we can get,” said Woodward, adding that the group would like to see one or more large national carriers participate.