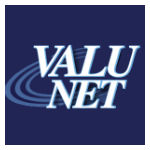 With programming costs skyrocketing, some small telcos have become wary of deploying IPTV. But one network operator that braved the waters late last year is ValuNet, a startup company that is deploying a GPON and active Ethernet network in Emporia, Kansas – a college town of about 30,000 people located halfway between Wichita and Kansas City.

When it comes to broadband, “towns the size of Emporia are being ignored,” said ValuNet President Rick Tidwell in an interview. “We’re too large for the feds to say we need federal funding. But we’re too small for the big companies to care.”

Origin of ValuNet
AT&T, the incumbent in Emporia, offers DSL in part of the town but business customers can’t get data connections above T-1 or DS-3 speeds –and prices for those services are high, noted Tidwell. And the cable company, which is not locally owned, has not focused on Emporia, either, he said.

“We decided to dive in and do it ourselves,” said Tidwell, referring to himself and other key ValuNet managers, who previously founded and later sold the first competitive long-distance carrier in Kansas.

The ValuNet partners put up some money themselves and also got funding from 52 people who either live in or previously lived in Emporia. Tidwell said he expected to raise funding primarily from St. Louis and Topeka but local support was surprisingly strong.

“This is an economic development tool,” said Tidwell. Local investors, he said “were convinced this was as important as water . . . and sewer.”

After doing financial modeling, the partners determined that if they got a take rate of 50% the project would be economically viable – and where the company has offered service for six months or more, it has achieved that target, Tidwell said.

ValuNet Looks to IPTV
ValuNet initially built its network in business areas and in September began offering residential triple play services, including IPTV, in some areas.

As for the decision to offer IPTV, Tidwell said, “to get residential [business] we didn’t feel we had much choice – and with our network being all-IP that technology is the way we had to go.”

The partners considered a video over-the-top offering but felt the technology “wasn’t mature enough,” Tidwell said. “You can’t sell it to a 50-year-old who wants to have a remote control” that functions in a manner to which the customer is accustomed, he said.

ValuNet opted to use APMAX middleware from Innovative Systems to support its IPTV offering because the product is targeted to the smaller carrier market, said Tidwell. The product was priced well and ValuNet liked the fact that the features the company touted were already in the product, rather than targeted for a future version.

ValuNet considered sharing a headend with one or more other network operators but found transport costs to be too high. Moving forward, however, the company hopes to minimize IPTV costs by sharing its headend. “We think we can be more efficient than some others we looked at so they don’t have to go through the [capex] pain,” Tidwell said.

To date ValuNet’s network is totally GPON based. But the company is prepared to offer active Ethernet if a business customer should request high-speed service with a service level agreement.

“We have enough fiber to the splitter,” explained Tidwell. “If someone needs a direct link, we would cross-connect a fiber in the cabinet so it doesn’t go through a splitter.”