The three projects, which are being awarded in the second round of the program, cumulatively total about $24.6 million and will potentially reach 14,502 people, 225 businesses and many community entities such as schools, post offices, fire stations and museums.

The Minnesota USDA ReConnect award went to Consolidated Telephone Company, which will use a $3 million grant to network 819 people, 34 businesses and 25 farms to high-speed broadband internet in Morrison County.

To date, the second round of the ReConnect Program has made 43 awards in 25 states and territories. The total – which is divided between grants, loans and grant/loan combinations, is $369,921,015.

The second round of the program is budgeted at $550 million, with the awards announced this week and last representing almost $200 million of that total. Awards during this two week period have been made in West Virginia, Minnesota,Wyoming, Pennsylvania, South Dakota, Montana, Idaho, Oregon, Nevada, Illinois, Colorado, Alaska and Iowa. 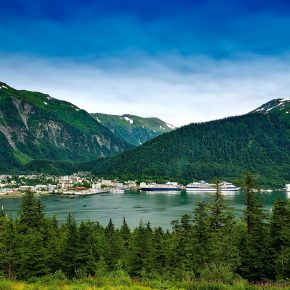 Alaska Will See FTTP Expansion Thanks to Latest ReConnect Awards