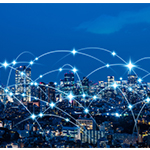 US Ignite and Charter’s broadband unit Spectrum have selected St. Petersburg, FL, as a Smart Gigabit Community. The St. Petersburg Innovation District, under a three-year grant from Spectrum, will act as the convening partner. The US Ignite, Spectrum announcement marks the first joint initiative between Spectrum and US Ignite.

US Ignite began the Smart Gigabit Communities program in association with the National Science Foundation in 2015. It now has 27 member communities, each of which receives access to low-latency and ultra-fast networks and local storage and cloud capabilities. These tools, the organization says, support “highly interactive and visually immersive experiences not possible on today’s commercial Internet.”

The initiative will add more than 150 applications and services developed through the Smart Gigabit Communities network during the past three years.

“I am particularly grateful to US Ignite as well as Spectrum for choosing the Innovation District as a partner for this incredible venture,” said St. Petersburg Mayor Rick Kriseman in a press release. “As a Smart Gigabit Community, the Sunshine City will be able to provide the very best tools to entrepreneurs, helping them build great companies and create real solutions for St. Petersburg.”

Last March, US Ignite, in partnership with Cox Communications, said that Las Vegas would be a Smart Gigabit Community. In September of 2016, Adelaide, Australia became the first international Smart Gigabit Communities city. Albuquerque, NM; Salisbury, NC and Washington, DC also were named at that time.

In February 2017, US Ignite held a series of “reverse pitch” events in which gigabit network technologies and entrepreneurs listened to project pitches from civic organizations and then competed for a pool of cash and in-kind prices by designing solutions.