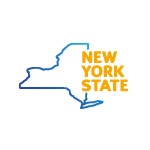 The state of New York, rather than the FCC, will award up to $170 million in broadband Connect America funding to network operators to help cover the cost of bringing broadband to areas of the state where broadband is not available today. The funding, originally rejected by Verizon, had been earmarked for a nationwide reverse auction conducted by the FCC.

But in a New York Connect America funding order adopted yesterday, the FCC complied with a request from New York to combine the funding with an additional $200 million that the state had made available for broadband in areas rejected by Verizon.

In making the move, the commission is taking “common sense fiscally responsible steps to coordinate funding between the federal Universal Service Fund and the state’s New NY Broadband Program, which aims to ensure that all New Yorkers have access to high-speed internet,” said the FCC’s new chairman Ajit Pai in a statement.

The New NY Broadband Program has a total budget of $500 million, but some of that already has been awarded for parts of the state that are not in Verizon’s local service territory.

New York Connect America Decision
Although New York is the only state that made a formal petition to the FCC, some other states have filed comments with the commission suggesting that they also would like to access funding rejected by Verizon and other price cap carriers.  A reading of the order adopted yesterday suggests the FCC is unlikely to make CAF funding available to many, if any, other states.

“We find that New York is uniquely situated to quickly and efficiently further our goal of broadband deployment,” the FCC wrote in the order.

A key consideration was that New York had set deadlines for broadband deployments to be completed – and if the CAF funding were to instead be awarded through the planned federal reverse auction, deployment timeframes would be considerably later.

The New York Connect America funding decision comes with substantial strings attached, however. Among others, conditions include:

As expected, Verizon will have the opportunity to participate in the bidding process that the state of New York will be conducting in order to award funding. Because of the dual funding sources, the carrier has the potential to gain a higher subsidy than it would have received had it accepted the funding originally offered by the FCC.

At a Time When You Are Getting Less for More, at NISC, the Value is Increasing