October 30, 2012  — NEW YORK & LOS ANGELES–(BUSINESS WIRE)–Ultra Mobile™, a wireless phone and mobile money platform that enhances the quality of life for its customers, today launched the only unlimited US voice, text and 4G data mobile phone service at $49-a-month that includes up to 1000 minutes of free direct-dial international calls and unlimited text to 194 countries. With Ultra Mobile’s first-in-class plans, customers can use a SIM card on virtually any unlocked mobile phone to access the company’s nationwide GSM network. Ultra Mobile is eliminating the need for calling cards and global texting add-ons by including international communication as standard on all of its no-contract mobile plans. Ultra Mobile plans are designed to appeal to anyone looking for inexpensive wireless service, especially the frequent international caller. In addition, the company intends to utilize its wireless platform to offer customers convenient mobile money services for paying bills, making purchases, and sending money worldwide. These mobile money services complement Ultra Mobile’s international offering and offer further conveniences to several of the company’s target customers — immigrants, students from abroad or extended visitors to the United States.

With rates of two cents a minute to 75% of the international destinations Americans call most such as Canada, Mexico, China, and India, the company is poised to capture a significant share of the U.S. prepaid wireless market, which in the second quarter of this year exceeded 100 million users according to a recent report by analyst Chetan Sharma. Prior to launch, more than 400,000 Ultra SIM cards were purchased by agents and will be distributed to more than 10,000 retail stores nationwide. The strong demand highlights the anticipation about the service and its potential to disrupt both the prepaid mobile and international calling industries.

“It’s time for a mobile carrier to offer inexpensive international calling and convenient mobile money in the palm of your hand,” said David Glickman, founder and CEO of Ultra Mobile. “For years, other mobile operators have chosen to charge rates of typically a dollar a minute or more to consumers calling family or friends abroad. We will begin to deliver on our promise of affordability and ease of use by enabling customers to call Asia, Latin America, Europe, or Africa, using minutes already included in their $49-a-month plan at no additional cost.”

With international call rates that are more transparent and typically less expensive than calling card or mobile operator rates, Ultra Mobile intends to change the way those who live in America, but hold strong bonds to their family members around the world, connect to each other every day. In many countries, SIM cards are ubiquitous at local retailers and newsstands, providing easy access to international calling from any GSM mobile phone. Today, Ultra Mobile is providing this higher standard of service to mobile phone consumers in the United States. As a nationwide mobile virtual network operator (MVNO), Ultra Mobile enables customers to bring their own device or phone that uses a SIM card, including smart phones such as iPhones® and Androids™, to the company’s HSPA+ 42 Mbps network, which is leased from a major wireless carrier and covers approximately 184 million points of presence (POPs) nationwide.

“We’re excited that Ultra Mobile already is being viewed as an industry pioneer and consumer ally,” added Glickman, who has been a telecom innovator, serial entrepreneur and leader of multinational telecom companies for more than 20 years. “At a recent trade show, the retailer store owners told us they are eager to sell the first low-cost plan that includes the global call time many customers have been requesting. They are also enthusiastic about our soon-to-be-launched mobile money products that we previewed at the trade show.” Glickman explained that one of the company’s target customer segments, the 40 million individuals living in the US who were born abroad, are in need of mobile money services that offer accessibility, ease of use, no barriers to entry, less fees, and low balance requirements.

Prior to forming the company, the Ultra Mobile management team created the award-winning IndiaLD™, the leading international long-distance provider to the non-resident Indian community. This telecom experience provided the executives with expertise in serving today’s global families.

“Ultra Mobile has an opportunity to capture the frequent international caller market, especially people who have relied on calling cards for the past decade,” said Cliff Tompkins, founder and CEO of RayzMobile, an independent major agent of mobile telecom services to thousands of retailers. “Unlike apps or calling card services that require callers to dial another number to connect internationally, or utilize the internet or unpredictable WiFi, Ultra Mobile is effortless. Users can easily make and receive ridiculously low-cost direct calls on their mobile phones to virtually anyone around the world just as they would make calls to across the street. Combining this wireless phone service with mobile money is a whole new approach and will undoubtedly appeal to consumers.” 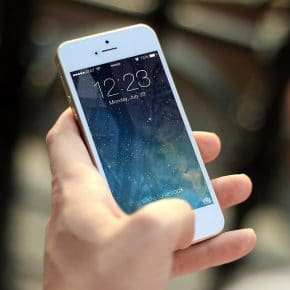