U.S. telcos and cable companies invested $66 billion in capital in 2011, according to the U.S. Telecom Association. The USTA data shows that cable companies made 19 percent of the investments, while telcos invested about 41 percent of capex in fixed networks and about 40 percent in wireless networks.

But investment in fixed networks has dropped dramatially from the peak years of the telecom and Internet bubble in the years leading up to, and including 2000. 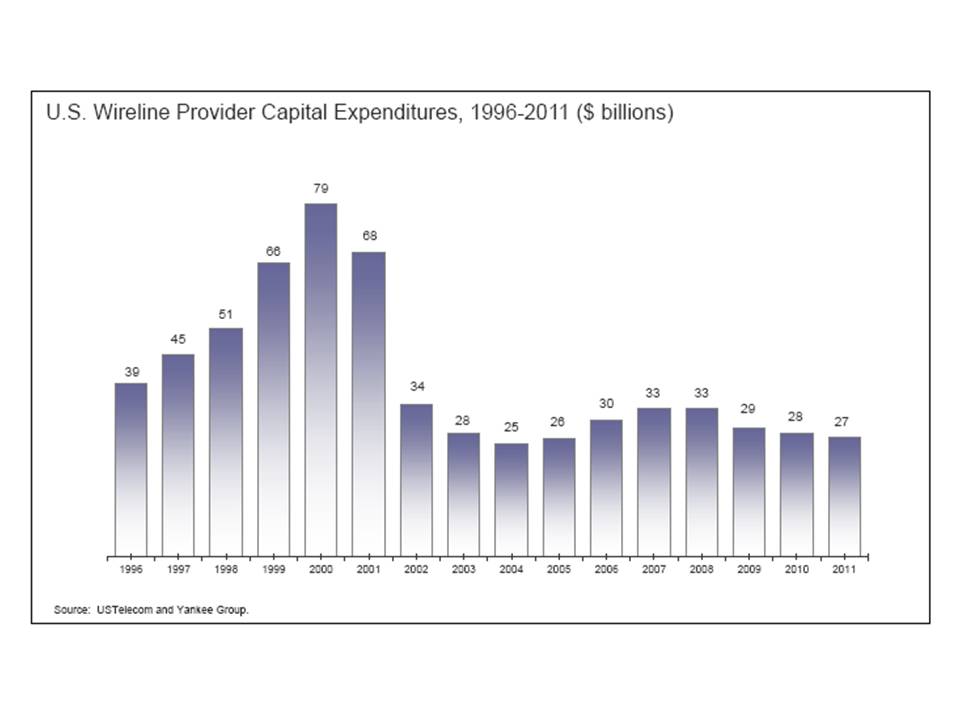 Those investment trends are no accident. Mobile revenue is about 4.5 times bigger than fixed network revenue, and it has been that way for several years. In a literal sense, the global telecommunications business has become a largely mobile business, with some important fixed line applications and revenue sources.

“Mobile first” therefore has become the important element of strategy for service providers across the board, either as a primary growth strategy, or an essential strategic challenge for fixed network providers.

You might suspect those sorts of statistics might have huge implications. They probably do, especially for fixed-line communications providers.

“In their current model, some traditional telecoms companies will not succeed,” says Roman Friedrich, Booz & Company analyst, the Financial Times reports. But just what might mean is difficult to foresee at the moment.