More than one quarter (27%) of U.S. residents over the age of 15 are “high-connectivity” individuals, according to a report released yesterday from the U.S. Census Bureau. These individuals connect to the Internet both inside and outside of the home from multiple devices. The report, titled “Computer and Internet Use in the United States,” is based on data collected in 2011.

At the opposite end of the continuum from the “high-connectivity” individuals are 15.9% of U.S. residents who do not use the Internet anywhere and have no computer use at home. In between are groups with different levels of computer and Internet usage, as shown in the following chart: 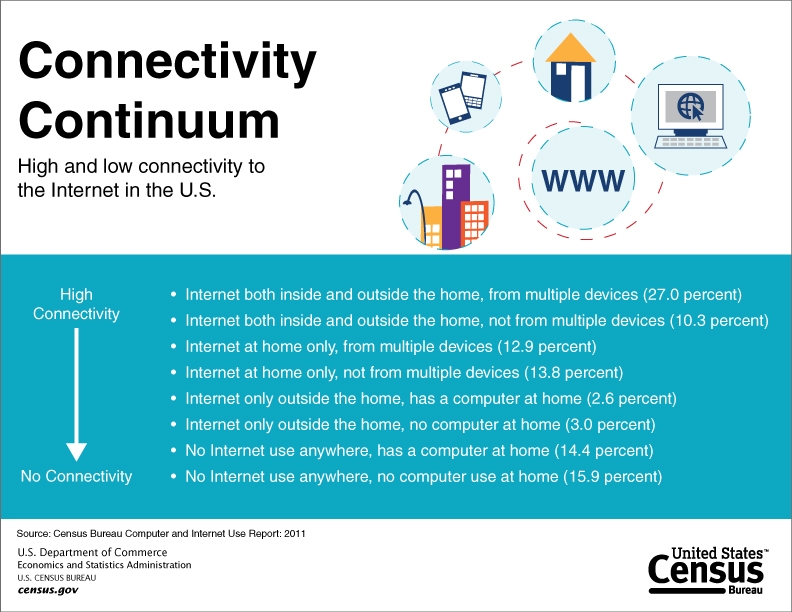 This year’s report also marks the first time the census bureau’s Internet research asked about smartphone usage. Perhaps the most interesting finding from that report relates to usage by race and ethnicity.

When it comes to landline broadband, the census bureau research traditionally has seen a gap between the percentage of Asian and white non-Hispanic people using the Internet in comparison with African-Americans and Hispanics. And that gap emerged again in the latest report, which found that 76.2% of non-Hispanic white and 82.7% of Asian households used the Internet at home, compared with 58.3% of Hispanic and 56.9% of African-American households.

“When compared to percentages of home Internet use, smartphones appear to be leveling the Internet use disparities traditionally present for race and ethnicity groups,” wrote the report authors. 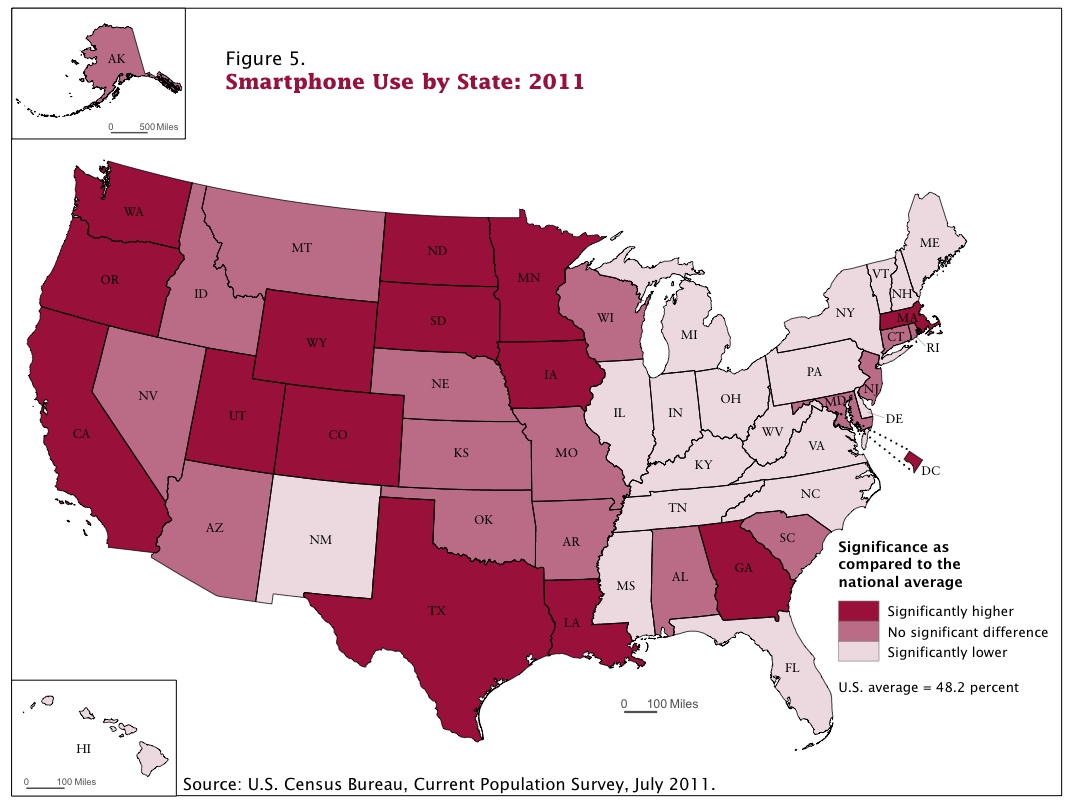 Considering that the census bureau report is based on data that is nearly two years old, the percentages of people using smartphones to access the Internet undoubtedly is substantially higher than what the report shows.