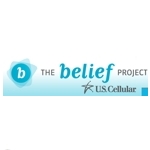 “One and Done” contracts, a rewards program that actually rewards customer loyalty, protection against “bill shock,” earlier phone upgrades, savings for opting in for Auto Pay and Paperless billing and a simpler national rate plan, all are elements of U.S. Cellular’s Belief Project.

“With The Belief Project, we’re elevating the customer experience by emphasizing a human relationship with our customers, not a contractual one. We believe our customers will stay with us because they want to, not because they have to, and that potential customers will want to be a part of something better,” Mary N. Dillon, U.S. Cellular president and CEO was quoted as saying in a news release.

Responding to the criticism expressed by customers in industry surveys, U.S. Cellular’s National Single Line and Family Belief Plans come in Basic, Unlimited Basic, Essential, Essential Plus, Premium and Premium Plus plans all offer bundled voice, text and data services. Some include the carrier’s Overage Cap and Phone Replacement programs while all postpaid customers automatically qualify for Belief Points with all Belief Plans.

With its “One and Done” contracts customers who fulfill an initial two-year commitment will never have to sign a contract again, and still qualify for benefits, such as being able to purchase a new cell phone every 18 months–in contrast to the typical 2 years–at promotional prices. Customers who have signed up for National Single Line or Family Belief Plans only need to finish out the remainder of their contracts to qualify.

U.S. Cellular is also looking to better reward loyal customers as opposed to concentrating rewards on new customers. Belief Plan customers are automatically enrolled in the rewards program and can begin earning Belief Points, the earning of which is based on a customer’s monthly service plan, the number of lines on the account, and how long they have been a customer. Points can be redeemed to purchase additional lines, phones, accessories, ringtones and overage charge forgiveness.

The Overage Cap portion of the program puts a cap of $50 on voice overage charges for a National Single Line Belief Plan or $150 for a Family Belief Plan. The Overage Protection service includes sending customers a text message when they reach 75% of their minutes or text messages, as well as another when the allotment is used up.

Management sees rewards for the company coming out of the program as well. It’s anticipating an increase in incremental gross postpaid additions of at least 10%, incremental growth in average revenue per customer and continued improvement in a postpaid churn rate already considered low.